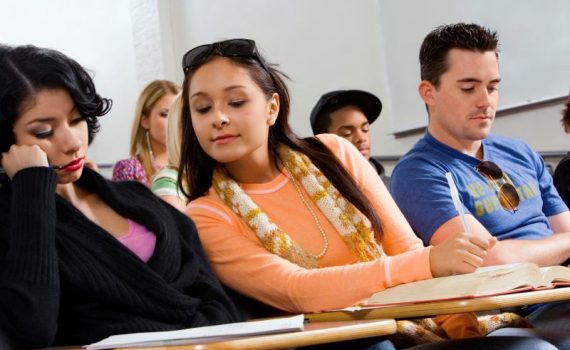 How can you help your students decide not to cheat?

According to studies of cheating, the best prevention is low-tech and old-fashioned: help your students love the process of learning. Students are honest when the emphasis of the course is on learning rather than competition, when they feel the course is set up to help them learn. Teach students how to learn, to rise to challenges, and to accept struggle and failure as part of learning, and, studies say, your students will tend not to cheat.

As far as you can, even in online courses, know your students and be sensitive to any special circumstances. As Neil Rowe of the US Naval Postgraduate School says, “Understand what students face,” from special educational needs to special family and work circumstances.

Regular communication with instructors and fellow students helps students feel they’re in control. Use social media. Consider allowing extra collaboration and cooperation in online courses; studies have shown that students who collaborate help each other learn and discover more sophisticated problem-solving strategies than any single student would discover alone. Group and team projects also show the lowest incidence of cheating. (It can be argued that some forms of cheating, such as collaboration when the course doesn’t permit it, are students’ way of helping themselves learn more effectively. In a famous example at MIT in the 1990s, student programmers who weren’t allowed to collaborate did so anyway—and became much more effective programmers. Collaboration is now the norm at MIT.)

Flip your courses, especially online courses. Have students read the material and hear a video lecture beforehand. Use class time for critical thinking.

Both students and instructors can foster a culture of honesty. Instructors should be clear with students about why they consider certain behaviors unacceptable. If you can’t explain why it’s unacceptable, consider letting your students do it. For example, a UCLA Controlling Cheating in Online Courses: A Primer 2 professor of games theory decided to let his students cheat on the midterm, and gave

them a week to decide how to cheat. The students all used games theory—and learned. Who does cheat?

It’s not clear whether students cheat more in online classes than in blended or traditional ones. Some studies indicate that the level of student cheating hasn’t changed much since the 1920s. It is clear, though, that the Internet makes cheating easier, because all forms of information discovery and reuse are now easier.

Some “cheating” is the result of simple confusion. It’s common, especially for international students, to have different ideas of what’s allowed. Make your rules clear to everyone.

Different rules often hold for tutorial assignments, assessments, and exams. Make clear why that is.

Signing an honor code may or may not make a difference; knowing what the code is does.

How do students cheat?

Most cheating is fairly low-tech.

This material was adapted from a post that written by Sarah Smith with help from the MyLabs and Mastering Group and with material from Prof. Bernard Bull’s Canvas.org course on online cheating. 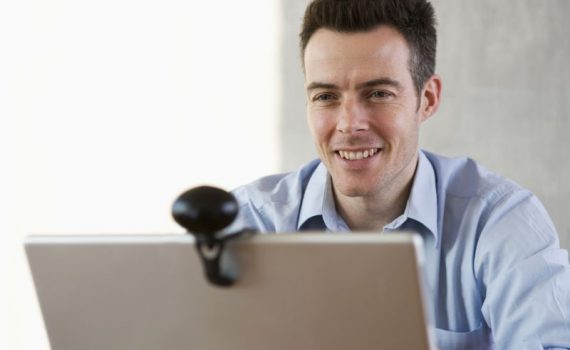 Remote Proctoring May Be Even Better Than Live!

MILLIONS of students worldwide have signed up in the last year for MOOCs, short for massive open onlne courses — those free, Web-based classes available to one and all and taught by professors at Harvard, Duke, M.I.T. and other universities.

News from the technology industry, including start-ups, the Internet, enterprise and gadgets.

But when those students take the final exam in calculus or genetics, how will their professors know that the test-takers on their distant laptops are doing their own work, and not asking Mr. Google for help?

The issue of online cheating concerns many educators, particularly as more students take MOOCs for college credit, and not just for personal enrichment. Already, five classes from Coursera, a major MOOC provider, offer the possibility of credit, and many more are expected.

One option is for students to travel to regional testing centers at exam time. But reaching such centers is next to impossible for many students, whether working adults who can’t take time off to travel, or others in far-flung places who can’t afford the trip.

But now eavesdropping technologies worthy of the C.I.A. can remotely track every mouse click and keystroke of test-taking students. Squads of eagle-eyed humans at computers can monitor faraway students via webcams, screen sharing and high-speed Internet connections, checking out their photo IDs, signatures and even their typing styles to be sure the test-taker is the student who registered for the class.

The developing technology for remote proctoring may end up being as good — or even better — than the live proctoring at bricks-and-mortar universities, said Douglas H. Fisher, a computer science and computer engineering professor at Vanderbilt University who was co-chairman of a recent workshop that included MOOC-related topics. “Having a camera watch you, and software keep track of your mouse clicks, that does smack of Big Brother,” he said. “But it doesn’t seem any worse than an instructor at the front constantly looking at you, and it may even be more efficient.” 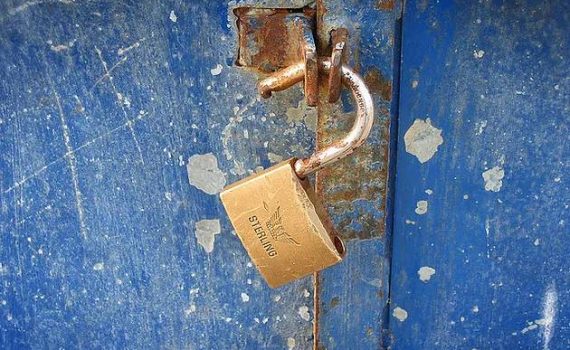